Highlights from the InPATH Project in Malawi 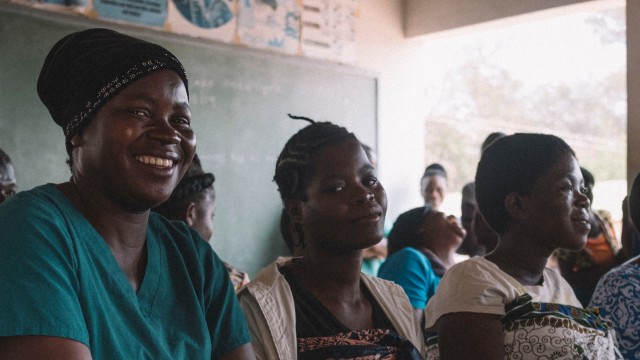 The One Drop Foundation is proud to share that the Integrated Pathways for Improving Maternal, Newborn and Child Health Project—or InPATH—is now successfully completed. Part of the Government of Canada’s Partnerships for Strengthening Maternal, Newborn and Child Health, and implemented by CoWater, the InPATH Project took concrete steps that help reduce maternal and child mortality in three districts in Malawi.

At health care facilities involved in the InPATH Project, a total of 546 service providers (251 female and 295 male) received quality Basic Emergency Obstetric and Newborn Care (BEmONC) training, and in 20 facilities, maternity wings and labour rooms were renovated to provide reliable water and sanitation systems. There was a clear decrease in neonatal mortality rates in all three districts involved in the project, and satisfaction levels are reported at 96%, as compared with a baseline of 59%.

The Government of Malawi was a crucial partner in supporting the project’s Social Art for Behaviour Change™ (SABC) interventions, both at the community level and in health care facilities. This collaboration and interest in our approach was further cemented by the government incorporating it into their National Health Promotion Strategy. As part of the InPATH Project, a user manual was developed to help government and other stakeholders implement behaviour-based activities that promote health in general and WASH in particular. InPATH also helped Health Promotion Officers in three districts understand barriers and drivers to the five behaviours specifically targeted by the project. A number of interesting SABC activities were undertaken including live music, video, theatre, radio broadcasts, murals and ceramics.

Interestingly, each health care facility in Malawi has a theatre group associated with it, to support its health promotion activities. One of our InPATH Project Social Art partners, Chindime and Stars Theatre (CAST), developed theatre workshops and role-playing games that focussed on health behaviours, as well as workshops on gender roles and storytelling skills. Another Social Art Partner, music artist SKEFFA, uploaded a series of pro-sanitation songs co-developed as part of the project, which have been downloaded by thousands.

The InPATH Project helped improve health services, gave emergency training to health care providers, renovated WASH infrastructure in delivery rooms and maternity wards, and decreased mortality rates in the districts of Chitipa, Kasungu and Salima. The One Drop Foundation could not be more proud of our teams’ and partners’ exceptional work.