Skip to contentSkip to navigation
India

Meet Prisha: the Girl Who Found Her Voice 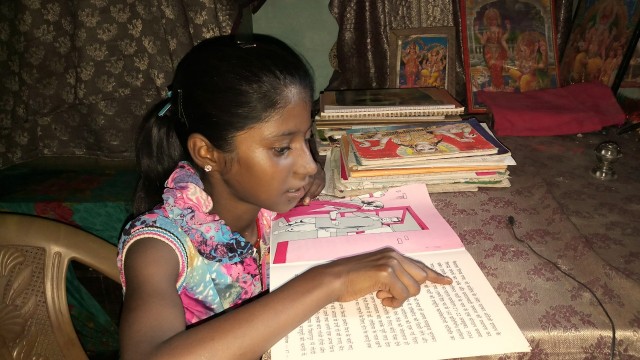 I feel much happier and confident now. I want to study to become a teacher and educate other children like me about hygiene.

When One Drop’s executing partner, Water For People, visited Basantpatti High School (Sheohar, Bihar) with plans to construct a school toilet block, they didn’t expect to encounter such an influential presence in the form of a strong-willed 13 year old girl named Prisha Kumari. Although Prisha was an energetic girl with a dynamic spirit, her dignity and confidence was greatly affected due to the embarrassment surrounding her hygiene practices. Just like many others in her village, where 80% of households practice open defecation due to lack of facilities, Prisha had to wait until dark to relieve herself for fear of humiliation. To avoid this situation se reduced her daily intake of food and water. Whatsmore, Prisha needed to stay home from school during menstruation, having to wait until her father and brothers were out of sight before she could change her sanitary pads.

Thanks to the participatory approach of the project, Prisha participated in social art activities promoting behaviour change, igniting her desire to start practicing better hygiene. When her school sanitary facilities were built, she became determined to improve sanitation by constructing a toilet in her own home.

Prisha’s perseverance eventually paid off, and a toilet was constructed in her home, putting an end to their practice of open defecation. Prisha’s activism also sparked a change in the mindset of the entire village, with almost 70% of the households having toilets installed soon after.

Most importantly, Prisha became an agent of change, finally finding her voice in educating others.

Projects — India
The Sheohar 1 Project
The Sheohar 1 project improved the quality of life for 250,000 people in the Sheohar district of India.
Url Copied
Subscribe to the newsletter!