Skip to contentSkip to navigation
The Americas

The story for Pablo and the power of change 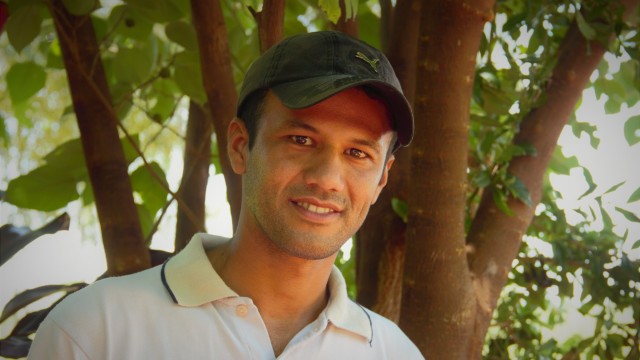 This story is about EMPOWERMENT.
It is not just the story of one man’s journey as a change-maker; rather, it is a story about the greater impact of giving someone the skills and confidence to empower others in their community — especially young people.

Pablo lives in Ybyracatu, a rural village in Paraguay’s Department of Caaguazú - Yhu District. As a young man, he worked on a chacra (ranch), and although he often helped out at the local church and school, Pablo had no plans to continue his studies nor to play a role as a community leader…

But Pablo’s story was about to change.

Pablo’s life was transformed after Fundación Moisés Bertoni and Servicio Nacional de Saneamiento Ambiental de Paraguay (SENASA) invited him to attend a series of “Training of Trainers” workshops as part of the Lazos de Agua Program’s Y Kuaa Project in Paraguay. The workshops addressed topics like community organizing, water quality, and financial management of water committees. Pablo showed tremendous interest in developing his skills as a leader and he was asked to support the local water committee in improving water, sanitation, and hygiene management in his community. Today, Pablo serves as secretary of the Ybyracatu Sanitation Board, and president of the Water Service Providers Association of Yhu District, of which he is also a founding partner.

As a teacher and a member of the Ybyracatu Sanitation Board, Pablo understands the importance of ensuring that younger people are involved in the sustainable management of water and sanitation services in their community. Throughout the Y Kuaa Project, he has been instrumental in mobilizing teachers and students to participate in Social Art for Behaviour ChangeTM (SABC) workshops, which led to the creation of the youth group Sol Naciente. These young Leaders of Change use social art to support the adoption of healthy behaviours like handwashing with soap, safe storage of drinking water in the household, and paying water service tariffs.

One Drop’s SABC approach focuses on co-creation to promote change. Our initiatives are designed and implemented with the active participation of community members and local project partners, because getting people involved from the beginning fosters long-term commitment – among individuals and across communities. Leaders of Change like Pablo are essential to the success of One Drop’s water, sanitation, and hygiene projects. Their commitment and involvement have a ripple effect that truly encourages behaviour change within communities. For Pablo, reaching young people is the key to creating a lasting impact. He knows that the changes they make can improve the quality of life for their entire community.

TO DATE, ONE DROP AND ITS PARTNERS HAVE CHANGED THE STORY
OF MORE THAN 8,500 PEOPLE IN PARAGUAY.
LET’S KEEP CHANGING THE STORY.
TOGETHER.